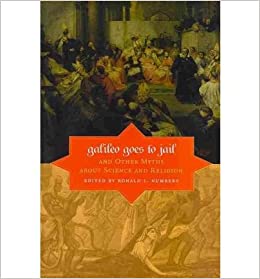 Quite a few myths perpetuate the idea that science and religion have long been in conflict with one another. In this book, historian of science Ron Numbers take on this hearsay—from Galileo’s incarceration to Darwin’s deathbed conversion to Einstein’s belief in a personal God who “didn’t play dice with the universe”—this book presents the actual details of each story in short, accessible chapters. In doing so, it demonstrates that the relationship between science and religion has long been complicated and nuanced, and that a simplistic conflict narrative is false.