And Now a Word from the Devil’s Advocate

I love that fact that the Devil’s Advocate (DA) represents an official position in the Roman Catholic Church. Pope Sixtus V created it in 1587 as one of critical officers of the Sacred Congregation of Rites in the processes of beatification and canonization. (This, of course, happened at the height of controversy in the Protestant backlash against Rome.)

Do you want someone to become a saint? She’ll have to make it through the counter-arguments of the DA—whose official title, by the way, is Promoter of the Faith and whose duty it is to prepare in writing all possible arguments against the raising of anyone to “the honors of the altar.”

When Drew began the series What Kind of God? we decided that, at least for this week, I’d take the role of the DA.

The Unwinding of Paley’s Watchmaker

Drew disavowed natural theology last week, but I still sense its presence lurking around the edges of the question, What Kind of God? To cite Encyclopedia Britannica, “Natural theology is generally characterized as the attempt to establish religious truths by rational argument and without reliance upon alleged revelations.” Note what’s happening here: Without the Bible, we’re trying to figure out not only that God exists, but even more importantly, the character of God.

The most famous of these arguments comes from the English theologian William Paley and his early 19th century Watchmaker Analogy. An insightful and critical piece by Adam R. Shapiro summarizes Paley’s work, “The watchmaker analogy seems timeless—antiquated, yet always in fashion. The most famous version comes from the English clergyman William Paley’s 1802 book Natural Theology. Just as a watch is made up of several different pieces, ‘framed and put together for a purpose,’ he reasoned, so too are natural objects—eyes, ears, wings, and bones—made up of parts that combine to serve a higher function. As the watch is the design of a watchmaker, nature is the product of a designing intelligence, or God.”

Evolutionary thought, with its randomness of death and destruction—noted by Drew last week—seems to cruelly invalidate the Watchmaker Analogy. As Richard Dawkins described in his famous book, The Blind Watchmaker, evolution offers apparent design through undirected processes. In this view, giraffes have long necks not because God create them that way (directed), but because giraffes with longer necks were able to find food and thus survived and produced offspring (undirected). For many, this unwound Paley’s Watchmaker Analogy.

In my role as DA, I pose two counter questions to Drew’s initial newsletter on What Kind of God? And I end with an affirmation. (Next week, I’ll offer some solutions.)

What’s the goal?
In the early part of the 20th century, the Swiss theologian Karl Barth argued against natural theology, particularly that it didn’t provide a “point of contact” between us and God. More recently, the Intelligent Design movement (ID) headed in the opposite direction, giving voice to Paley’s ideas and updating them. Joshua Swamidass’s Peaceful Science blog posted an excerpt last week from Mere Science and Christian Faith that assesses ID, particularly the ID argument that “irreducible” and “specified complexity” work as evidence of God’s intelligent design as opposed to undirected, random chance.

Barth’s argument leads me to be concerned about “design vs. chance” from a purely scientific perspective because science looks solely at natural cause and effect. Where is the design? It isn’t evident from nature unless we supply a teleology (a directionality) from another source. (As I read him, this represents one of Barth’s points.) Are human beings better designed than dinosaurs? Yes, if it’s about giving conscious praise to our Creator (Psalm 8). On the other hand, from the perspective of survival alone, the dinosaurs were around for hundreds of millions of years. Homo sapiens will do really well to make it to one million.

Is it a witness or a proof?
I hope I’ve highlighted some problems of natural theology… even if I’m not sure that Drew and I are that far apart. As the 17th century scientist-theologian Blaise Pascal asserted, “It is a remarkable fact that no canonical author has ever used nature to prove God.” The emphasis here falls on “prove.” Romans 1:19-20 seems to describe the natural world as a witness to God, not a proof. We need to be wary about moving directly from nature to the existence and character of the Creator of nature. (If you’re reading this carefully, you see where I’m heading next week.)

Affirming the DA
Finally, in a world marred by polarization, how fresh is the idea of the Devil’s Advocate! Psychological science teaches us that people tend to think like—not in contrast to—others in our group. To use Jonathan Haidt’s word, we are “groupish.” That is, “We take on group identities and work shoulder to shoulder with strangers toward common goals so enthusiastically that it seems as if our minds were designed for teamwork.”

Teamwork often leads to groupthink, and one of the glories of science is its capacity to combat this tendency, by setting up rigorous methods to root it out. Put simply, scientists know we need colleagues from within the fold to question our statements. We can do the same in our congregations as we seek out God’s truth. And that’s certainly something we at Science for the Church stand for.

Thanks, Drew—I’m glad we decided I’d serve as the Devil’s Advocate. But do you mind if next time I use this title: “the Promoter of the Faith”? 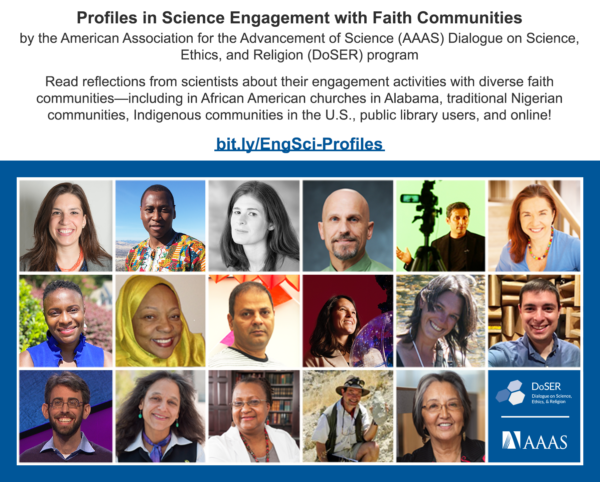