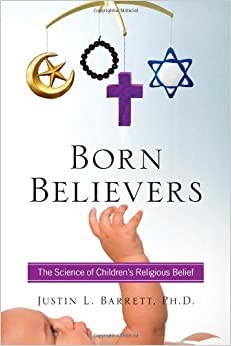 All too often, the scientific study of religion is used to explain away belief and to support criticism of religion in general. Justin Barrett, an experimental psychologist and former co-area director for Young Life, does just the opposite in his book, Born Believers: The Science of Children’s Religious Belief. He surveys research in the cognitive science of religion, including some of his own studies, to argue that children “have strong propensities to believe in gods because gods occupy a sweet-spot in their natural way of thinking.”

You can read more about his work in this July 2020 newsletter or hear him describe some of the relevant science in this short video.