New life, like resurrection, is a theme for Easter and every other Sunday of the year. We proclaim it at baptism, we preach it to motivate folks to come to know Christ as their Lord and Savior, we celebrate it whenever we see it, and we offer it as balm to those facing difficult and dark days.

New life is also something many of us find easier to believe than resurrection. I have never experienced resurrection or seen someone else resurrected… at least not a bodily resurrection after three days in the grave like Jesus. But nearly everywhere I look, I can find outward signs of new life.

Theologically, the very possibility of new life for Christians is rooted in the life, death, and resurrection of Jesus Christ. But practically, it is evidence of new life that helps us grasp resurrection. Some instances of it are perfectly ordinary, the handiwork of our Creator which are revealed to us by scientists. Others are quite extraordinary.

Spring has sprung here in North Carolina, and tulips are sprouting in nearly every yard, including my own. They signify the change of seasons and the new life that returns year after year as the earth puts forth vegetation that buds and flowers and fruits according to the season.

Unlike the wheat and mustard tree Jesus describes in Mark 4, tulips grow from a bulb. A bulb, unlike a seed, stores the complete life cycle of the plant underground. During the cold of winter, a bulb grows roots. When the conditions are just right, stems shoot through the ground, form leaves, and blossom. A tulip, like most plants, is nourished by both the roots and photosynthesis. But when the blossom and leaves die, tulip bulbs store ample energy to keep it alive through the winter.

Interestingly, new life for bulbs like tulips can come through asexual reproduction or via pollinated seeds. During those dormant months, a single parent bulb can produce up to five genetically identical bulbs that mature much more quickly than a tulip seed. Seeds are needed to get the variety of tulips that we see today. Two species of tulips must cross-pollinate in order to produce hybrid varieties.

Tulips may be remarkable in their beauty (I love the way they dance in this time lapse video), but even to an amateur gardener, they are typical among the bulbed flowers that comprise the lily family, or Liliaceae.

The sea slug, according to new research, is anything but typical. Ecologist Sayaka Mitoh described it as being “like a horror movie” when she and her colleagues found a sea slug’s head crawling around the bottom of a tank. They expected it to die soon, given that it was disconnected from its heart and other important organs. But within days, behold new life! The disembodied head began to regenerate its body and within a month was back to normal.

Simpler life forms like hydra and flatworms, have shown similar ability to regenerate, but it had never been observed in more complex creatures. Research suggests that slugs carrying parasites have the capacity to cast off their bodies as a way of ejecting unwanted free loaders. Another possibility is that they can do so to escape predators. What is completely unknown, at least for now, is how, after the head is cut off from its heart and other vital organs, a new life appears.

St. Augustine famously defined a sacrament as “an outward and visible sign of inward and invisible grace.” This definition could be applied to much more than baptism and communion—perhaps even to tulips and sea slugs. Sacrament can work as a Christian definition of new life, something rooted in the grace made known in Christ’s death and resurrection, but visible everywhere in creation and our individual lives. This is why some Christians hold onto a sacramental view of nature.

Henri Nouwen puts it this way: “All that is is sacred because all that is speaks of God’s redeeming love. Seas and winds, mountains and trees, sun, moon, and stars, and all the animals and people have become sacred windows offering us glimpses of God.”

As Christians who believe in the power of invisible grace, shouldn’t we count these outward and visible signs as both sacramental and as witnesses to the resurrection? Even if a bodily resurrection after three days in the tomb is hard for our analytically rigorous minds to accept, the many, many examples, both ordinary and extraordinary, of new life everywhere in nature suggest a source. Just as baptism and communion remind us of new life and resurrection, is it not the same with these outward and visible signs throughout creation?

Those leaving the church (and even some in it) frequently say something like, “I believe in science, not faith.” Very often, I suspect that is at least partly an inability to believe in something so spectacular as resurrection. But perhaps pointing them to the outward and visible signs of new life that scientists are revealing to us can help. These signs everywhere in creation, however incomplete, speak of God’s redeeming love and the source of our Easter hope.

Just as tulips bloom and sea slugs regenerate, we proclaim every Easter, The Lord has risen!

He has risen indeed! 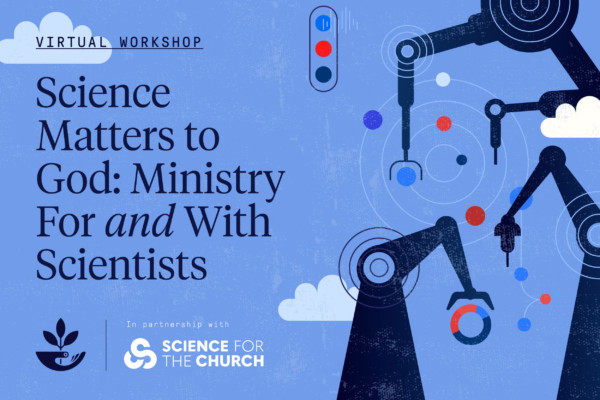